Over the holidays I updated my iPad to iOS8 which allows for users to install new keyboards from app developers. I have had Swype on my 3G Android Camera for some time and liked it. I wondered how it would go with kids. Some liked it and some didn't. I think if you are very much a struggling writer then tapping each letter as you go would be a better option but for those who have some writing skills under their belt Swping would be worth persisting with to get the hang of it.

Play the video in full screen to see what T is saying and Swyping to see how it is supporting his writing.

T doesn't know how to spell through and spelt it as thought but when he spells operation as operasion the app leads him to the correct spelling and gives him close choices should his Swping be less than accurate.


I also liked the way that he pauses to think of the word in chunks to better help him break down the writing process. The video helps us see his thinking processes as he is writing- making learning visible.

I notice that T is also pushing the space bar for spaces between words. The app knows where the spaces are as he takes his finger off the screen so he doesn't necessarily need to do that.

Swype from Allanah King on Vimeo.

The other keyboard that I think that would be good to install as a choice with be Lower Case Keyboard by our very own Matt Thomas.

Matt has made the lower case keyboard with the Open Dyslexic font so as to better support learners who find differentiating letters tricky. 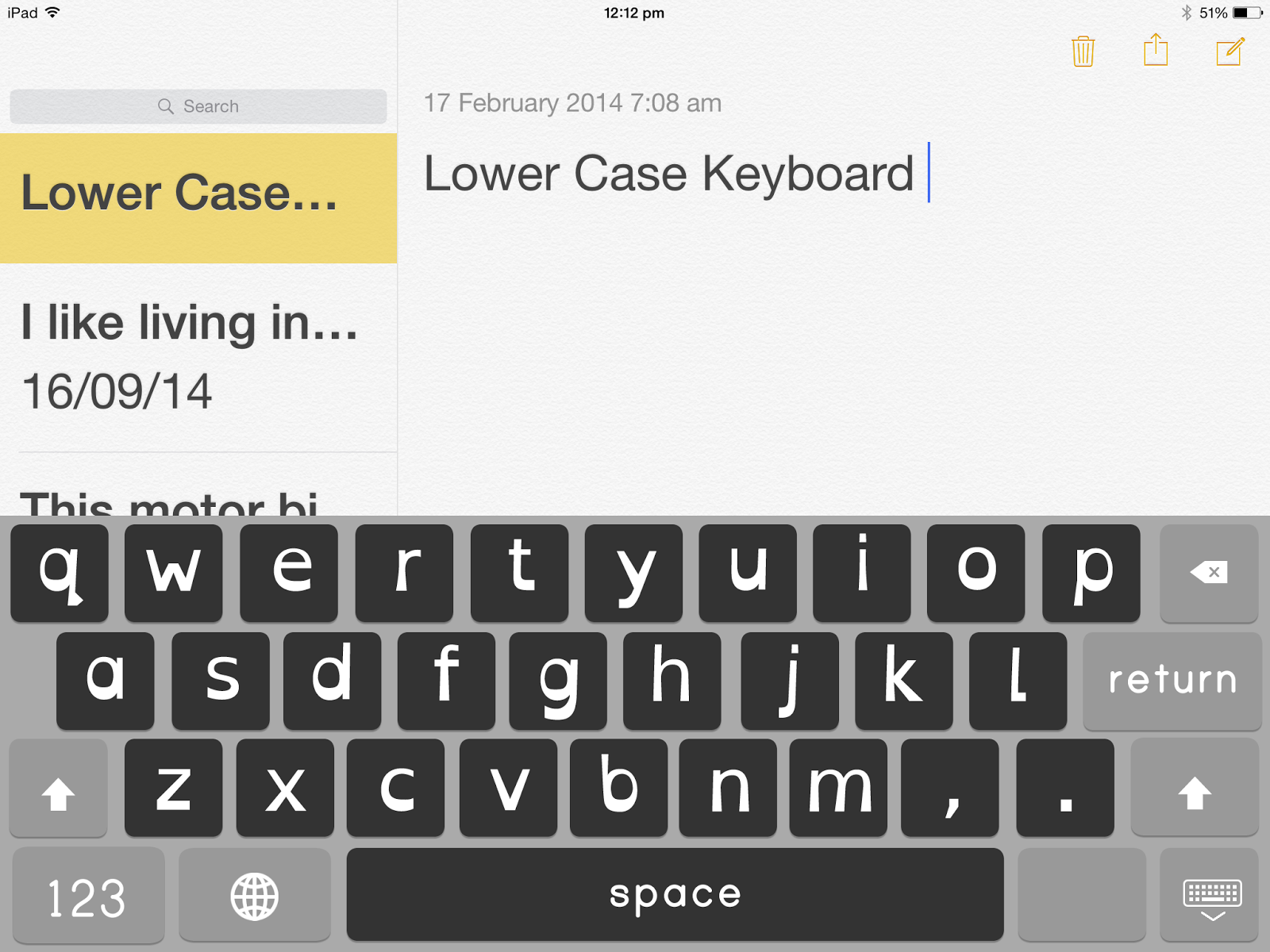 Just a note though that there is a bit of an iOS bug at the moment and you need to turn off guided access before you can install the new keyboards. I am sure it will be ironed out before too long.
at 12:58

Your suggestions and feedback are very much appreciated.